Aconitum is a serial novel set in a supernatural alternate world. It began on August 22nd and is being serialised on JukePop Serials. The novel is updated with a new chapter every Thursday and has been a regular on the monthly Top 30 since September 2014.

The story is set in an alternative Germany where the industrial revolution has not taken place due to the existence of and continuous struggle with werewolves. The novel revolves around Hector Rothenberg, a licensed werewolf hunter who works for an organisation based in Frankfurt am Main which not only tracks down and kills werewolves who threaten the population, but also devotes resources to research and looking for a cure against the werewolf infection.

The first draft of Aconitum was written in the summer and autumn of 2012, but was not edited thoroughly until 2014. A lot of research about werewolves and folklore was conducted, but the heart of Aconitum consists of themes and questions which are essential for any human being regardless of time period or world.

If you want to know more about the world and the characters of Aconitum, please have a look at its page on Write Now Wiki. 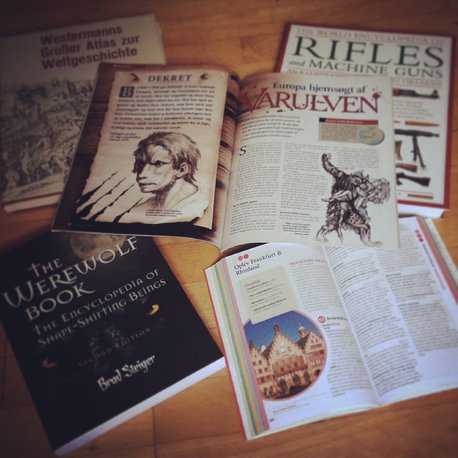